SMS Saves Lives of Humans and Elephants in Rural India

It was a text message that saved Geetha Thomas’ life. If it wasn’t for the SMS alert she received on her phone, she would not have been able to escape from a herd of elephants rampaging through her village. 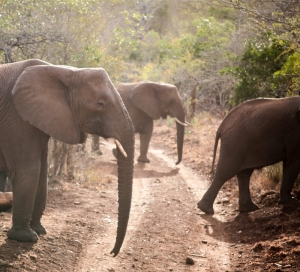 In Valparai, a forest-surrounded area that grows tea in south India, dozens of people have been killed by elephants. The reason is the migration of these large mammals through the region as they go from one part of the forest to another. The local population has had to find a way to coexist with elephants and deal with the threat.

An initiative by Natura Conservation Foundation (NCF) has tacked the problem by introducing mobile messaging alerts to communities in the threatened area. Research has shown that 87% of the elephant attacks since 1994 could have been prevented with a timely warning.

NCF recruited a network of locals tasked to observe elephants and provide regular updates on their location via SMS. This way, when an elephant migration is detected, a text message is sent to residents and tea-pickers almost instantaneously. This early warning can often mean the difference between life and death.

Ganesh Raghunathan from NCF elaborates, “In an instant, up to 1.5 thousand people, mostly tea pickers, are informed in both English and Tamil.”

Figures provided by NCF show that the average number of deaths per year caused by elephants in the region of Valparai have decreased three-fold since the introduction of the SMS alert system.

How SMS can be a ‘life-saver’ for you

The above is just one of many illustrations of the versatile applications of SMS alerts. From appointment and meeting reminders to disaster recovery, applications for your business are numerous.

Discover what our 123-txt cloud text platform can offer by taking advantage of our 20 free credits offers. To find out more, contact us by filling the contact form.

What Can I Do to Stop Receiving Spam Text Messages?
Scroll to top